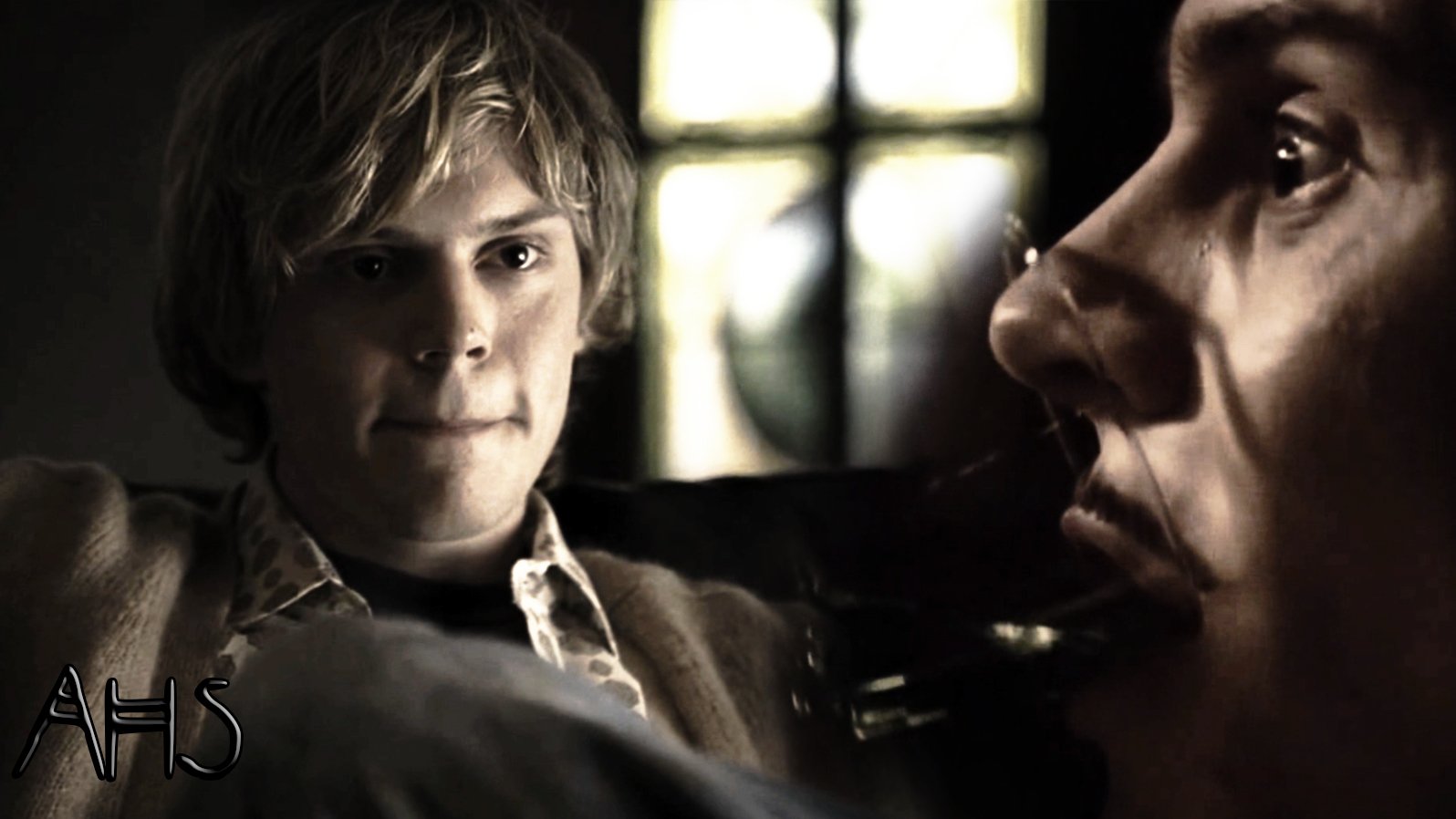 I invite you to plunge into an alternate universe of American Horror Story with two of the most prominent Evan Peters characters: Tate Langdon and James Patrick March. The story is about two serial killers sharing their gruesome visions and sex addictions with each other in a psychoanalysis session where one of them is a patient and the other – a psychiatrist. Sitting on a comfy couch Tate Langdon tells James Patrick March all about his fantasies.

I see Evan Peters as an actor who could pull off a full-length movie acting in it by himself as the only actor embodying many characters. They’re all a bit psychotic, sick and emotional, but fun and kind of lovable at the same time. Definitely attractive and attracting all the attention. I know it’s been done in AHS: Cult, but I wanted to make a version of my own. I believe, they could’ve done it better…

March: – How was the outside darling? Tell me about one of your recent kills…

Tate: – So, what do shrinks think about when a wildly brilliant patient doesn’t talk upon his dead psychiatrist? I believe they think about sex…
March: – Absent.
Tate: – Bullshit.

Tate: – I think about one girl in particular. I lay her down on a bed and caress her soft skin, make her purr like a little kitten… Your daughter. I jerk off thinking about her. A LOT…