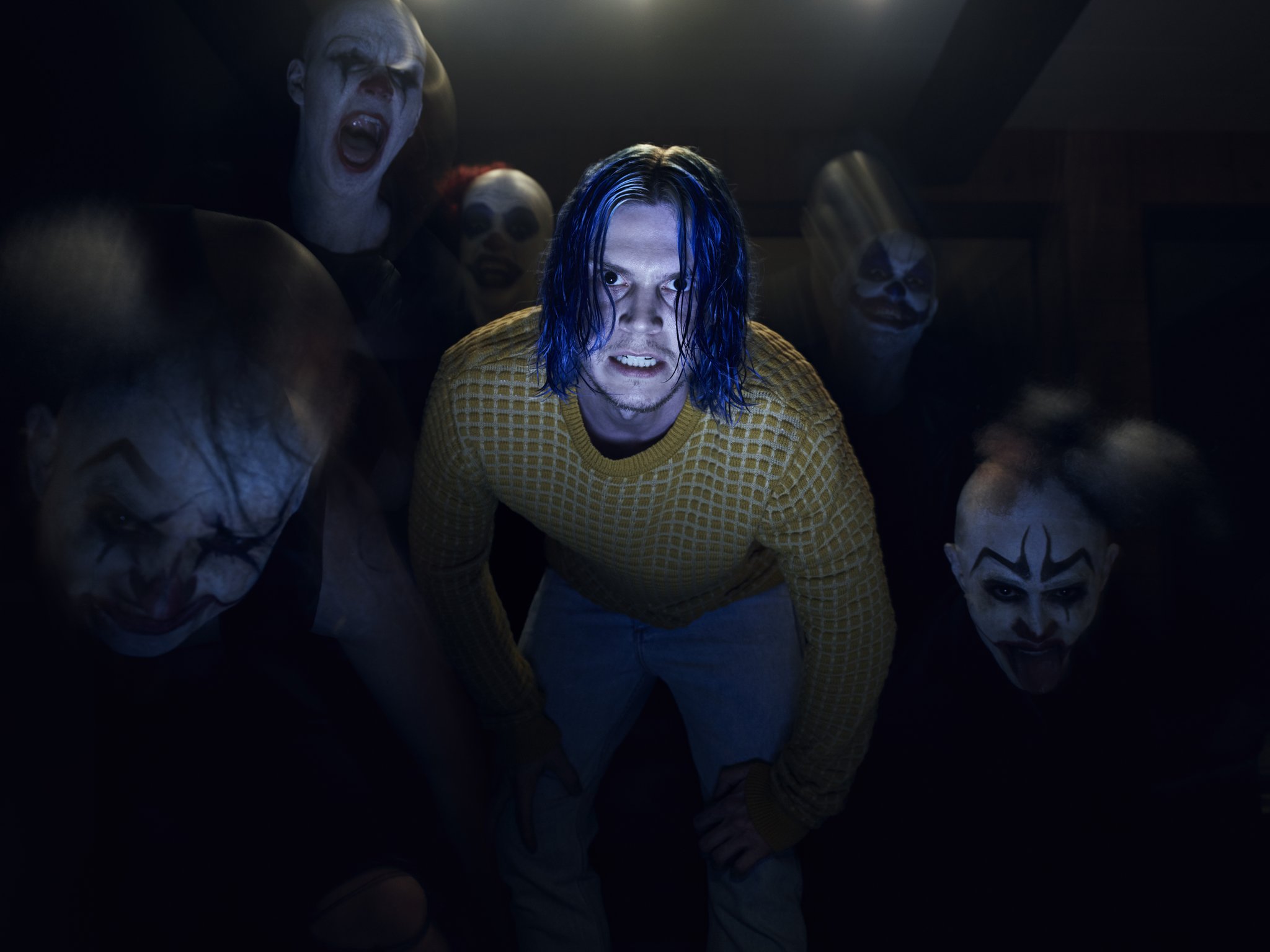 Even Peters – The Hot Psycho

When it comes to American Horror Story it is obvious who plays the psycho. Evan Peters is the best actor for this part. Cruel yet convincing, manipulative but sweet. It’s never easy to hate his characters – Evan makes them seem so human and charming that I end up rooting for the bad guy and ignoring him hurting others.

There must be something innate about him. All of his characters seem emotional, sensitive, smart, charming and very very handsome. They’re all evil, rash, twisted, wicked and not sincere as well, but it makes them only more interesting. Soothing voice, great sense of humor and deep dark brown eyes are just a few features Evan Peters brings to the screen that makes his psychos so adorable. Even with weird-looking bright blue hair, he’s still amazing.

In AHS: Cult he’s a vengeful asshole who picks out hurt, desperate and humiliated people to work with him on a devilish plan to murder innocent people in a peaceful neighborhood and spread fear across the country.

A Humiliated Man is the Most Dangerous

In this video, I created my own alternate story using footage from AHS: Cult, AHS: Roanoke and Scream Queens. Here I focused on a fictional personal vendetta that Kai Anderson (act. Evan Peters) has against his ex-fiance. I think it was that “steamy” bathtub scene that inspired me…

Kai’s love life takes an unexpected turn when his fiance runs away with another woman. He stalks her relentlessly until the restraining order is issued. The next step Kai takes – is finding a young lesbian who is as hurt and betrayed by others as he feels, and molding her into a tool for his revenge…