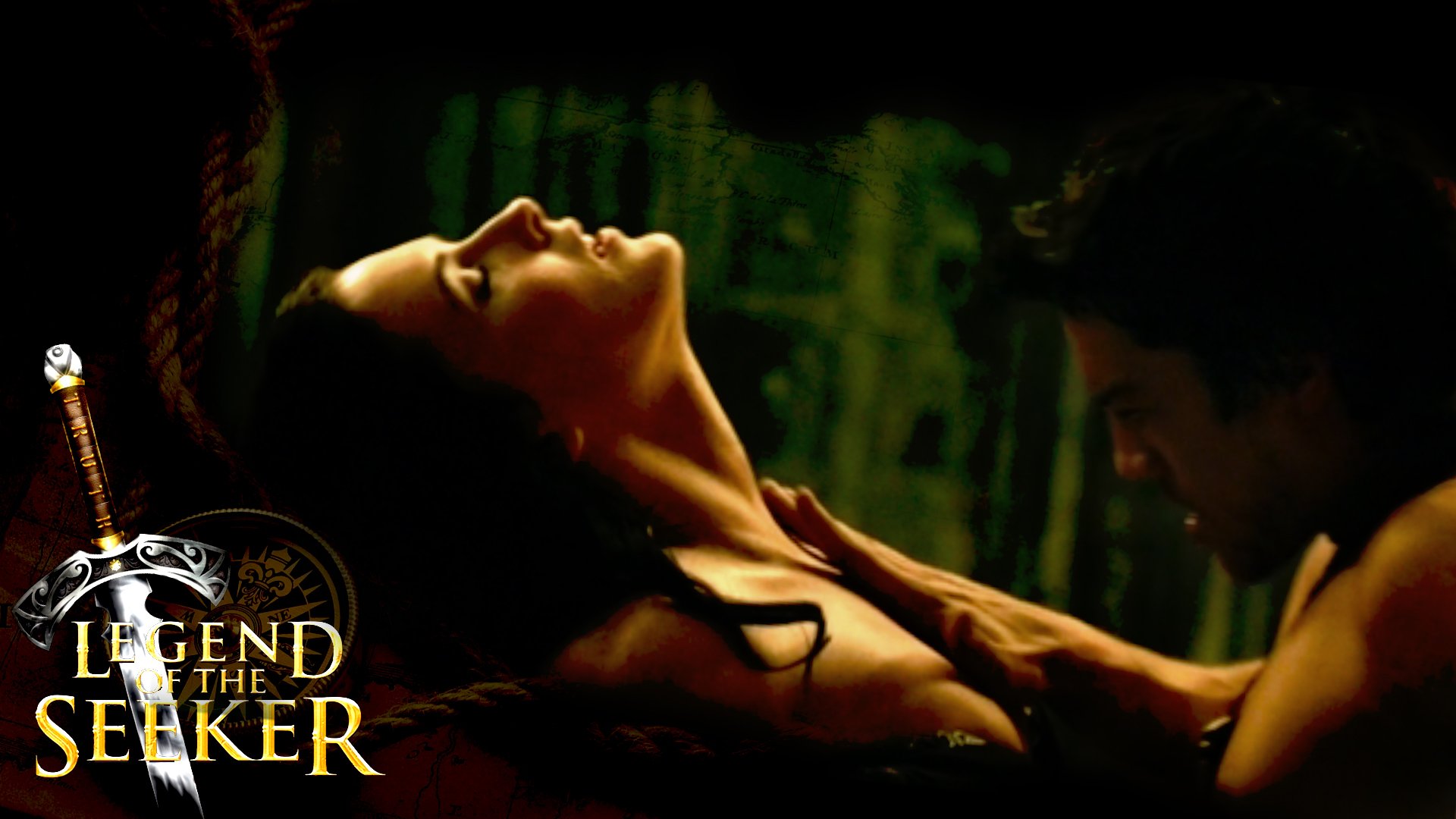 Legend of the Seeker. S01E13. One of the hottest scenes on TV ever.

Kahlan Amnell: – For me it is.

Richard and Kahlan are trapped in an ancient crypt and possessed by the spirit of the previous Seeker and his Confessor (who have also fallen in love with each other). Craig Horner, the actor playing Richard Cypher, enjoyed that episode. He confessed, he had teased the writers about being possessed before the episode was scheduled. [xenite.org]