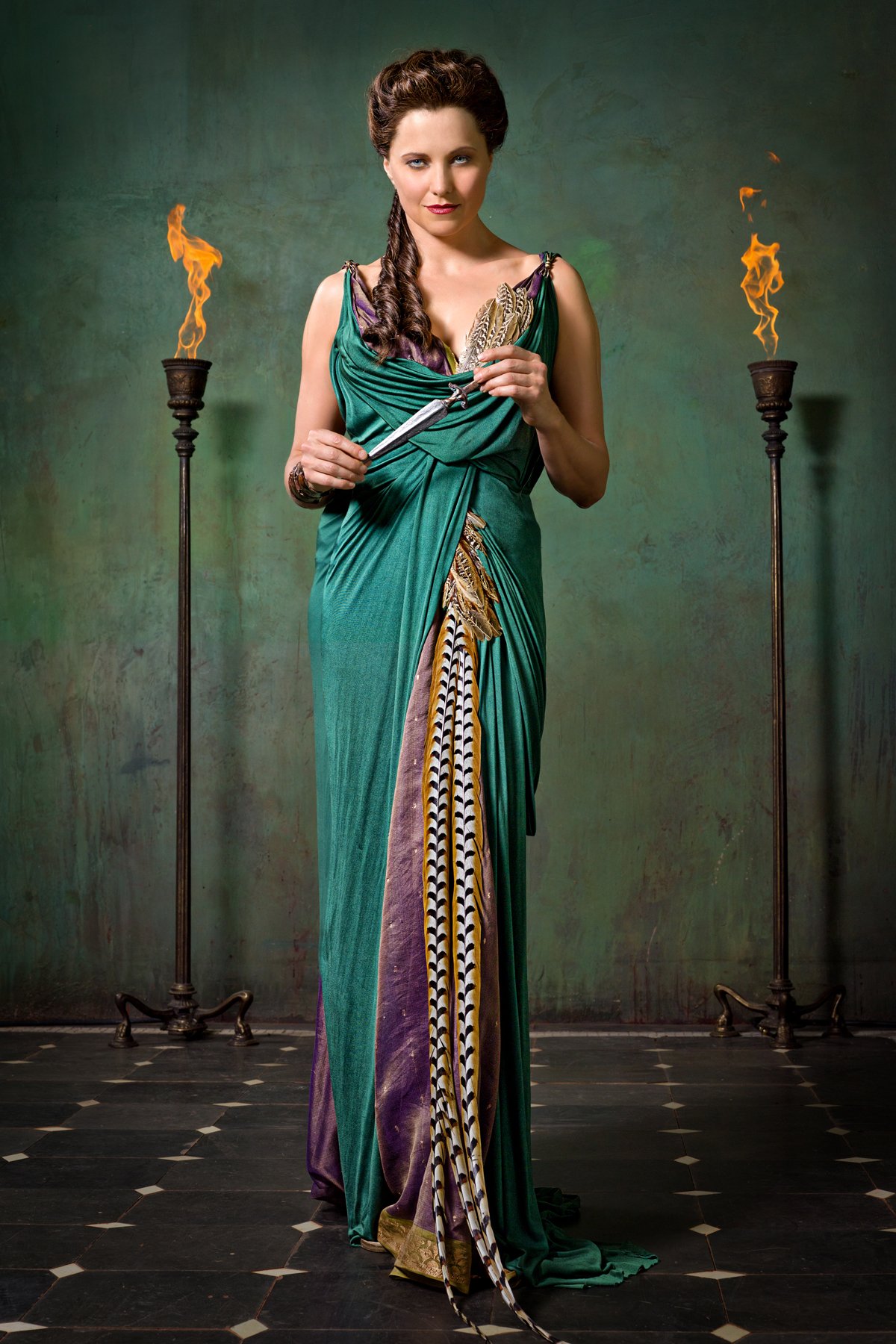 The most noticeable and uncontrollable crowd in the history of TV series is about to witness the most notorious warrior woman in the history of television. Crude, shameless and bloodthirsty spectators of Spartacus are gathered in Rome’s Colosseum to watch a woman with a strength of ten men fight. Xena takes the Arena.

I don’t follow the typical storylines presented in the TV series. I try to create new ones, surprise my viewers and myself. Xena: Warrior Princess characters and their relationships might be entirely different in my videos. They belong to the alternate universe category.

Xena in the Arena: ROUND 1

Lucy Lawless – gladiator as Xena and spectator and judge as Lucretia. It’s so interesting to see the change in the actress. She’s still hot, beautiful and plays strong characters too damn well.

I had to use a few “censored” signs following boobs all over the screen to make the series crossovers more “family-friendly”. I think such measures draw even more attention and stir curiosity and imagination. It adds more fun to the video. I even put one “fake” censored sign, can you guess where?

In this episode, Xena is challenged by Livia, whom the Warrior Princess accidentally calls Eve. What is the real reason behind this fight and why Livia seems to be so angry at Xena?

You can find a list of songs that I used in this video in the description section below it (when opened on Youtube page).

Xena in the Arena: ROUND 2

Once I saw “Livia” and “Eve” episodes of the 6th season of Xena: Warrior Princess I knew that I must make Xena’s crossover with Spartacus. And I loved the idea so much (or maybe I miss Spartacus too much) that I made the second video right after the first one.

The story development in this video could be called simply “go figure”. Unexpected, ridiculous, sexy fight between… That’s just the question I can’t seem to find an answer for. Nor I really have to. I’d hate to spoil the video for you…

You can find a list of songs that I used in this video in the description section below it (when opened on Youtube page).