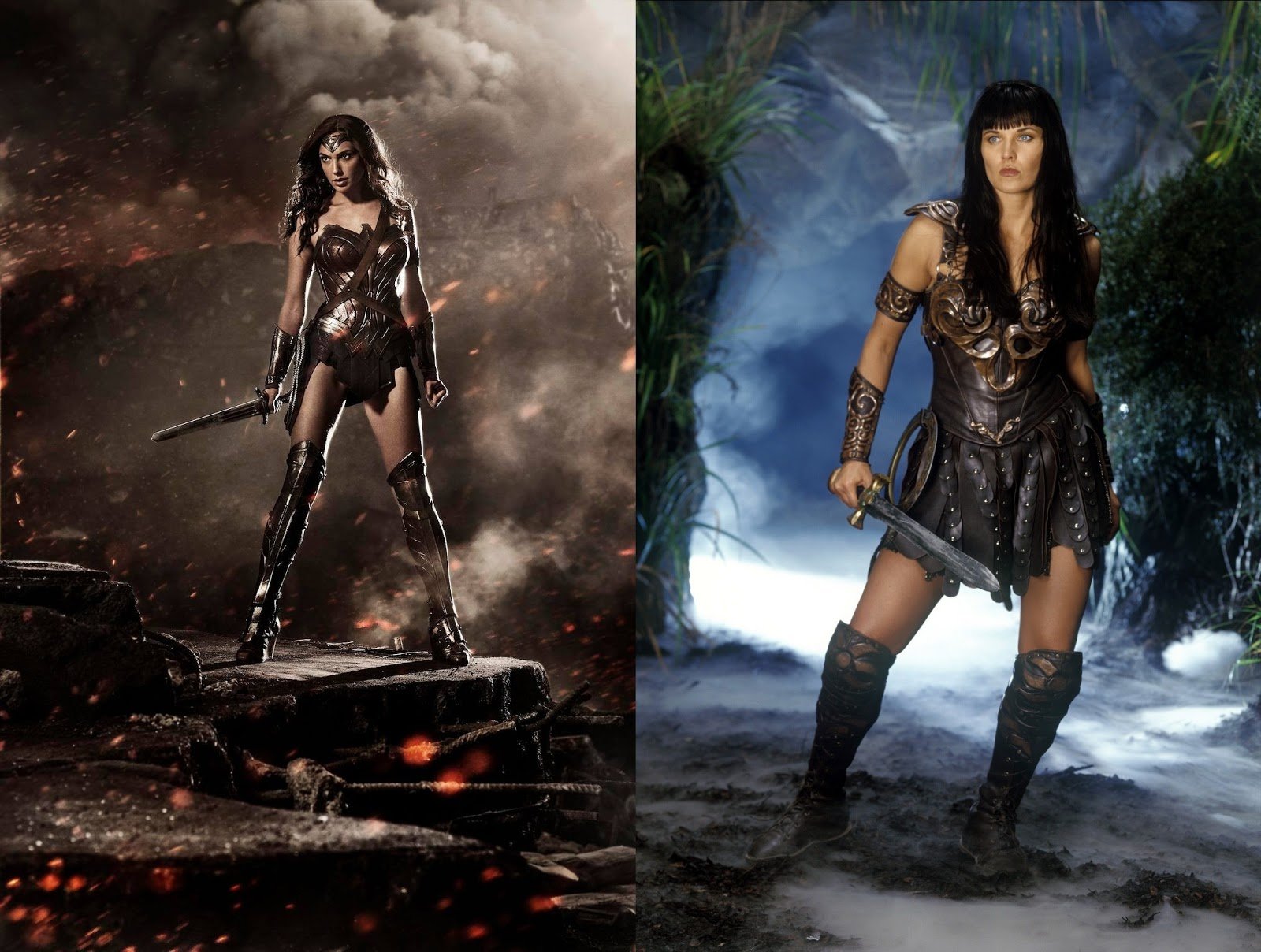 This Wonder Woman is more Xena, less Lynda. Diana is attractive but never tacky. And the big pants have gone. What a good thing she’s brought her own set of canyon-jumping, hole-punching, bullet-dodging super-powers along too. [www.dailymail.co.uk]

The director Zack Snyder showed fans the first picture of Gal Gadot as the big screen Wonder Woman, which has inspired a ton of Internet memes. Many of the Wonder Woman memes revolve around how much the new costume looks very similar to the costume worn by Xena: Warrior Princess. The Twitter reaction swayed from ‘amazing’ to ‘Xena: Warrior Princess rip-off’ as pictures were released by Zack Snyder at San Diego Comic-Con. People were asking ‘maybe they got a discount on the used outfit?’ and joking that Wonder Woman and Xena shop at the same place. The Wonder Woman actress draped in leather resembled Xena in many ways. Even Lucy Lawless herself commented on a costume:

I edited the original, @RealLucyLawless I like this more LOL #WonderWoman #Xena . kisses from Spain! ❤ pic.twitter.com/WaWhVNt71J

More funny tweets and pictures about the resemblance:

Just sent to me by Carpe Chakram message from #Xena to new #WonderWoman. Heh pic.twitter.com/a3SPwE6cqX